If you’ve never been to North Dakota, the new state, Redhawks baseball and ballpark provide reason enough to visit Fargo. This is also a very special place for baseball historians.

Roger Maris loved to play baseball. He shied away from the limelight into which he was thrust.

When first approached about the idea for a museum in Fargo, Roger declined. Finally, he agreed, as long as everything was free to the public. That’s why you’ll find the modest Roger Maris Museum inside West Acres Shopping Center. But what a treasure! 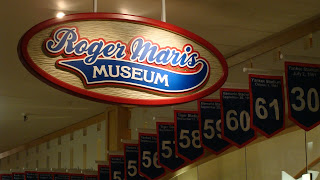 The little banners above the showcase windows represent each historical home run in 1961. The glass below reveals a photo of a smiling Roger with friend, Mickey Mantle; sports publication cover photos; a high school football jersey; many charity golf tournament pics; and, even a representation of Roger’s locker in the Yankee clubhouse.

In a small room between showcases, visitors may sit in authentic stadium seats to view a looped biographical video presentation. Family and post-baseball footage add as much as Roger’s baseball clips. 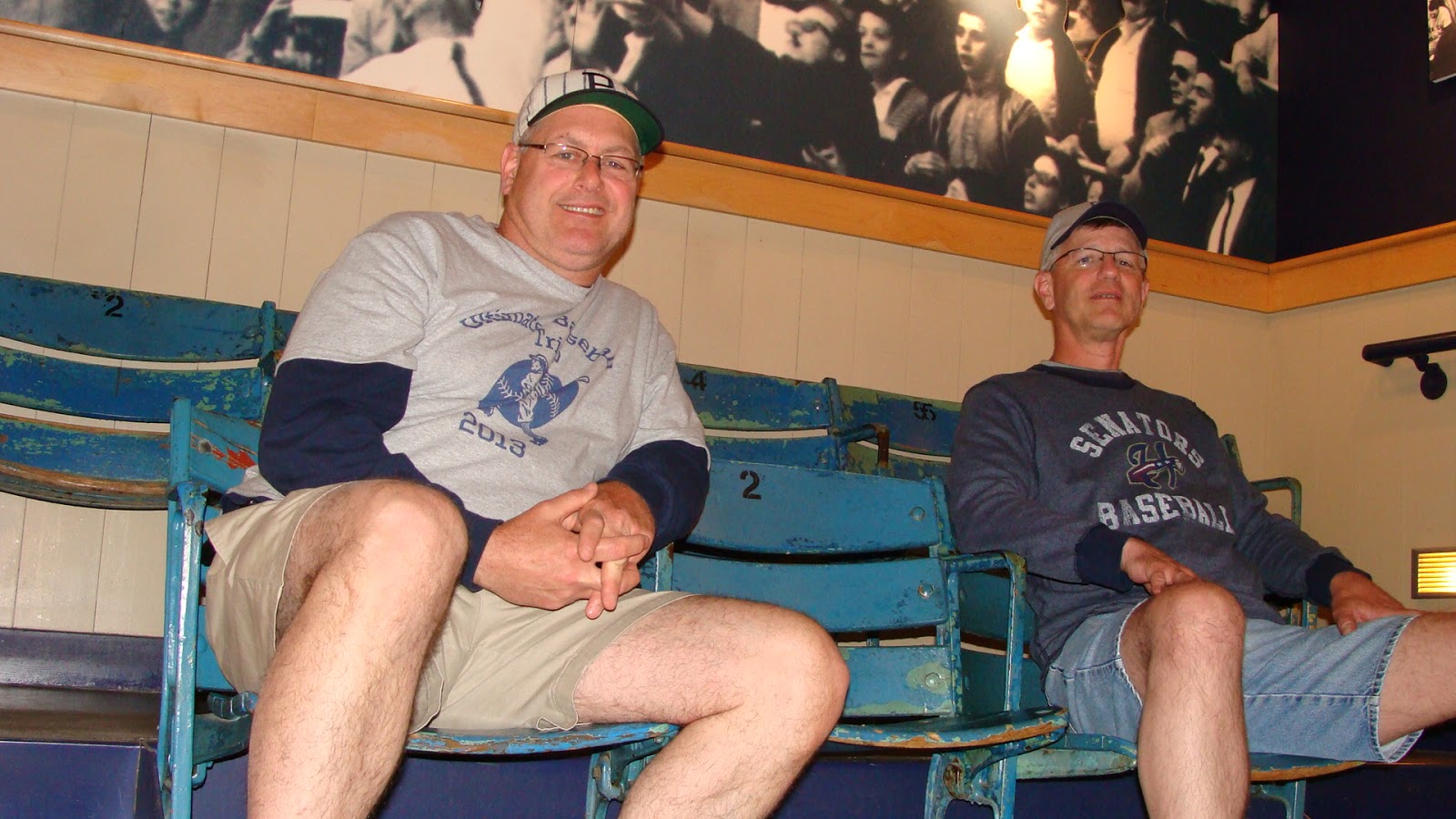 Roger’s professional career stats adorn a wall beside the video presentation. You can read his quotes with photos on the adjoining walls.
Mitch and I enjoy this leg of the trip so much that — after lunch at Spicy Pie and a stroll through downtown Fargo — we drive to Holy Cross Cemetery. Roger’s grave site isn’t difficult to find. Shaped like a baseball diamond, the inscription “61 in ’61” and “Against All Odds” are etched beneath the MARIS name. Mementos such as baseballs, golf balls, McFarlanes of Roger as both a Yankee and Cardinal, and red flowers surround the site. 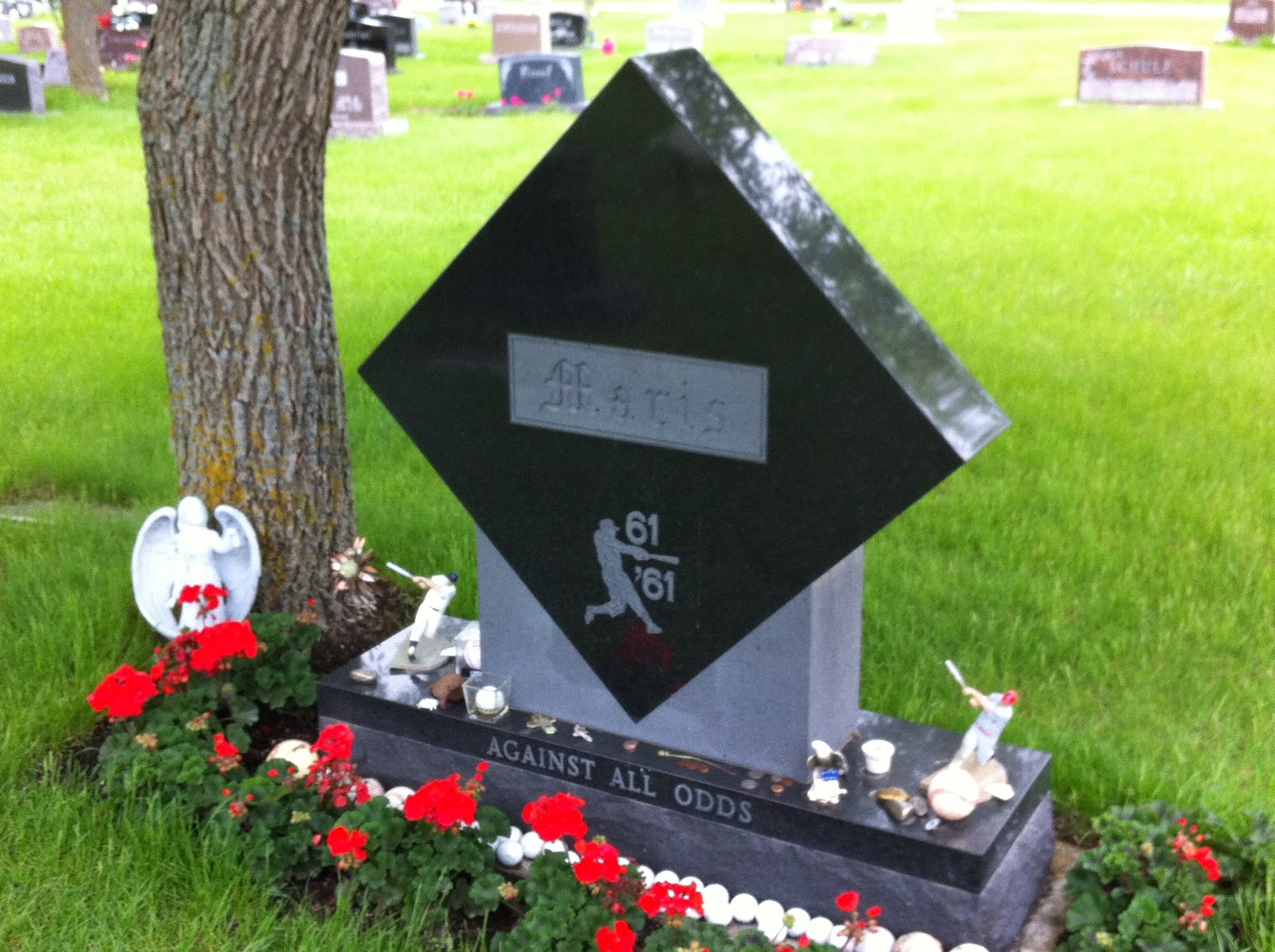 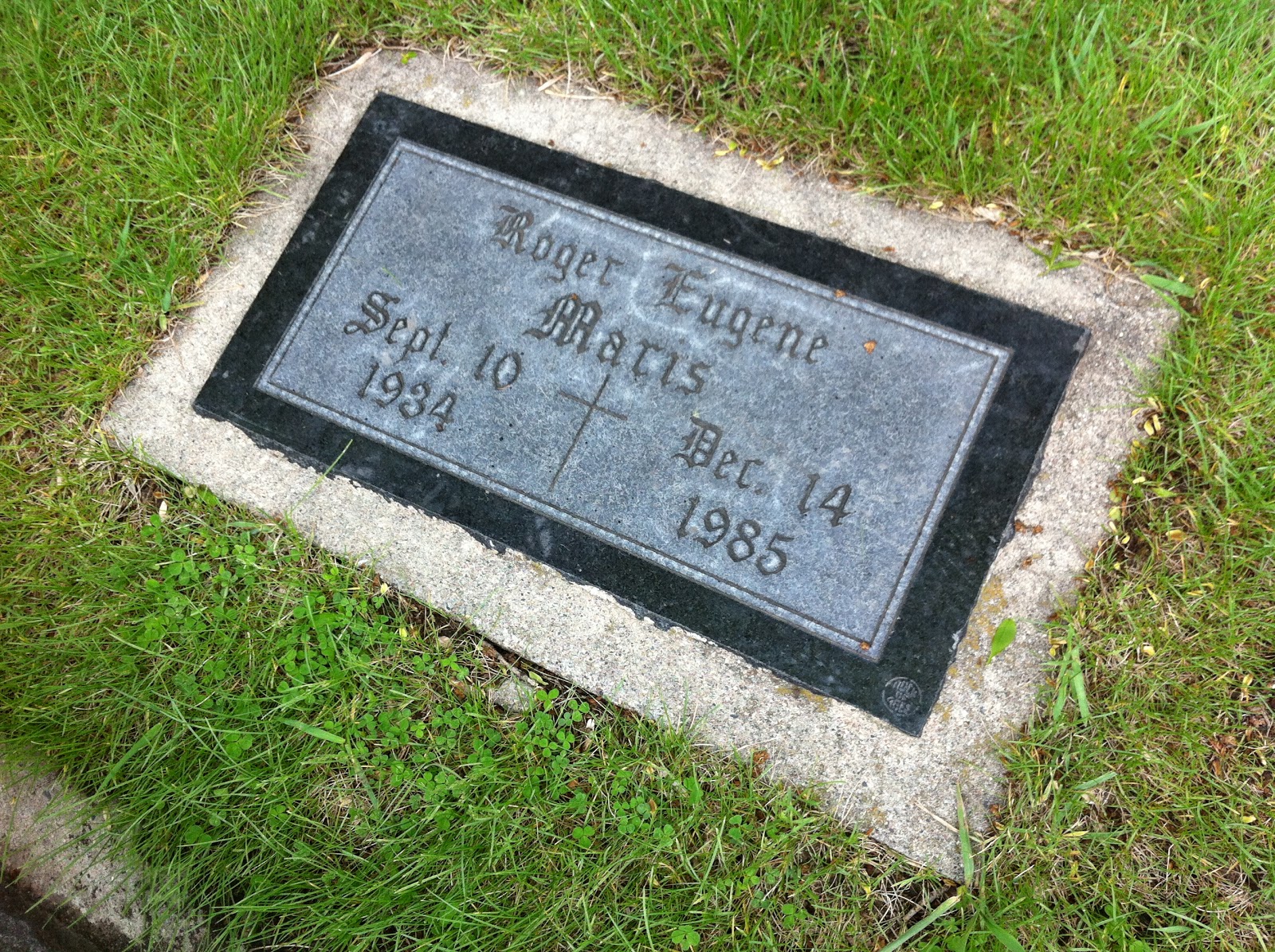